This issue continues to plague MKIV OBD1 owners so I thought it was time to compile all the information into one thread for the FAQ section.

Summary:
There is a known problem with the OBD1 ECU which causes stock twin and small single cars to run lean between ~4-6k rpms at high boost. The example below is from an FJO wideband datalog captured from my '95 TT while doing some street tuning at ~18psi. Further raising the boost causes the problem to worsen. Attempting to add fuel using an SAFC-II or similar piggyback does not resolve the problem. 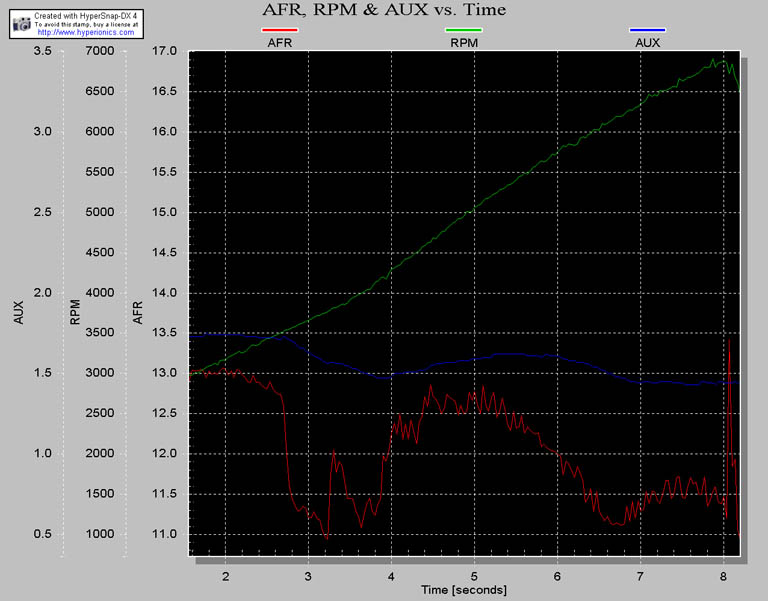 After doing a bunch of research I found that installing an OBD2 ECU completely resolves the problem.
Note: Lagtime also discovered that this problem could be resolved by using a Greddy E-Manage with optional injector harness to raise the injector duty cycle.

Another benefit of running the OBD2 ECU is you can connect an OBD2 scantool to read and clear MIL's. It will also allow you to monitor and datalog engine parameters such as timing, short and long term fuel trim, coolant temp, TPS, intake air temp, engine load, vehicle speed, air flow rate, and O2 sensor voltage.

Below is another FJO wideband capture after installing an OBD2 ECU without any SAFC fuel correction. No other changes were made. As you can see the problem is no longer present. OBD2's run pretty rich stock. 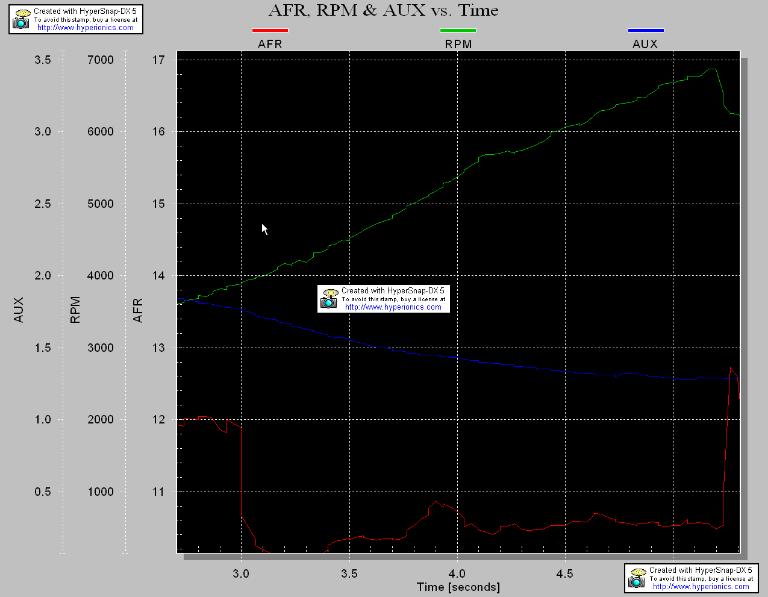 Below is after tuning the OBD2 ECU with the SAFC was completed. 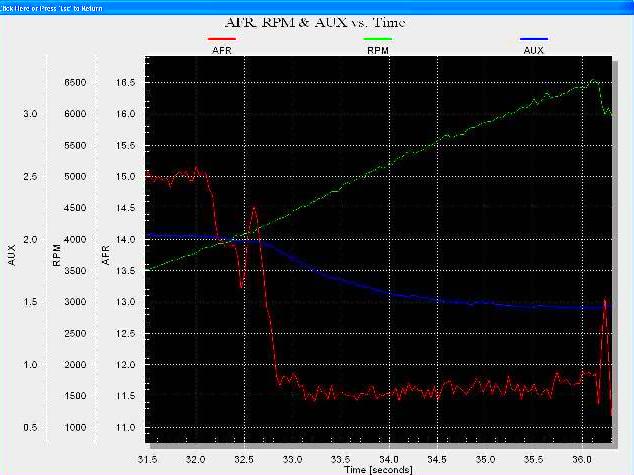 How to upgrade an OBD1 car to OBD2:

Installation of the ECU is plug and play. Disconnect the battery. Simply disconnect your OBD1 ECU from the harness and connect an OBD2 ECU. The car should run at this point. The only thing I know of that doesn't work is the TRAC system. In order to get everything working correctly the issues below need to be addressed.

1) Like any OBD2 car you will need to run an O2 simulator if you have a catless downpipe installed. Failure to do so will result in a MIL from the secondary O2 sensor.
How to install an O2 simulator by Stu Hagen

2) On OBD2 cars there an additional ground wire that's not present on OBD1 cars. Not having this ground wire causes the primary O2 sensor heater to not function. This will prevent the car from entering closed loop operation when there is insufficient heat from the exhaust gas to keep the sensor at operating temp. This happens when the car is cold or idles long enough (4-5 minutes) for the sensor to cool off. It can cause the car to run very rich at idle. Adding the groundwire to the ECU harness fixes the problem.

How to get the primary O2 sensor heater functioning:
Since there's an additional pin needed for the new groundwire you will have to find one to use. This will require you to either cut a wire off of the ECU harness or find a donor pin from another harness. I used the pin from TE2 (E10-19) which is not used on OBD2. On OBD1 it's used for the special diagnostic test mode.

On the ECU wiring harness remove the yellow protectors, they pop off with a small screw driver. Remove pin TE2 (E10-19). It's a pink wire with a green stripe. To accomplish this take a small safety pin and carefully push up the plastic tab that holds the pin in the harness and lightly pull on the wire on the other side of the connector. It should pop right out with a slight tug. Cut the wire a couple of inches away from the ECU connector.

Insert this pin into the new ground wire location E03 (E9-78). Lengthen the wire so it's long enough to reach to a suitable ground point. I used the mounting point for the trac ecu. Attach the wire to the ground point.

3) OBD2 uses a different communications protocol and connector. The existing OBD1 diagnostic connector will not work. In order to read and clear MIL's you will need to install an OBD2 diagnostic port.

On the ecu wiring harness where it attaches to the ecu move pin E9-29 (vf1) to pin E10-8 (sdl). It's a light green wire. To accomplish this take a small safety pin and carefully push up the plastic tab that holds the pin in the harness and lightly pull on the wire on the other side of the connector. It should pop right out with a slight tug. 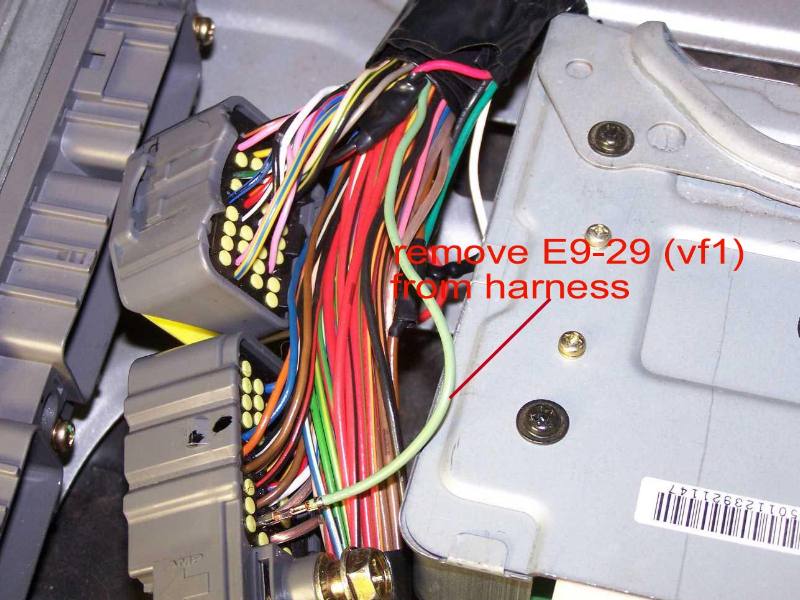 Next identify E10-8 and remove the yellow plug that's installed in unused locations. Now carefully insert the pin into the harness. It should pop right in. 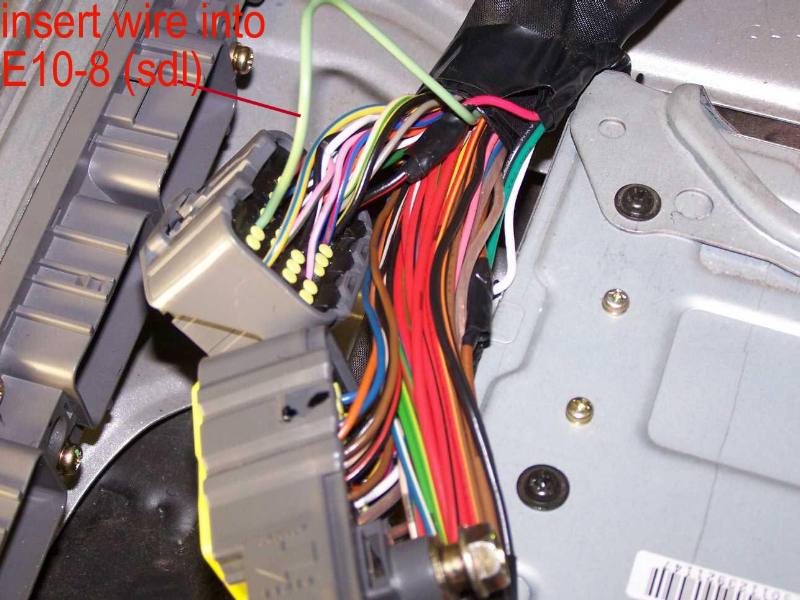 Next you need an obd2 j1962 female connector. They are hard to find. You could go cut one off a car from a junkyard. I got mine from here.

They also sell OBD2 connectors and pins so you can make your own.

Here are the connections that need to be made (4 wires). 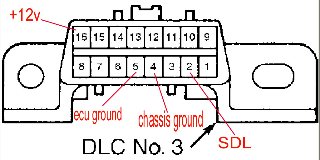 Pin 16 on the obd2 connector goes to +12v power. Run this to the a power source that is 12v with the ignition on. I used the cigarette lighter circuit. For safety you will want to put a fuse between the power source and obd2 connector.

Pin 4 on the obd2 connector goes to chassis ground. Run this to a suitable ground location. I used an existing ground point located just above the drivers side kick panel.

Pin 5 on the obd2 connector goes to the ECU ground which is E9-69 (E1) brown wire. The easiest way to do this is to tap in to pin 3 (brown wire) on the OBD1 diagnostic connector D5. 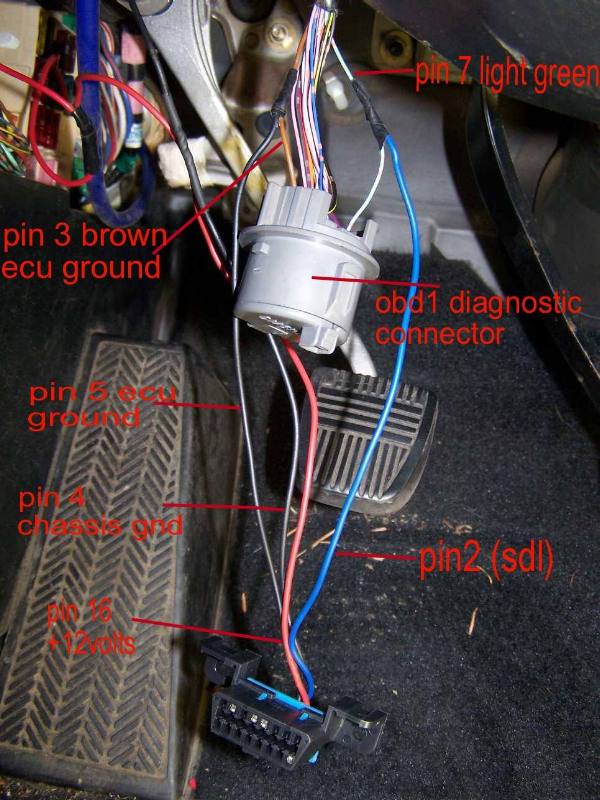 That's it, now you should have a working obd2 dlc3 port to plug in in whatever obd2 scan tool you want. 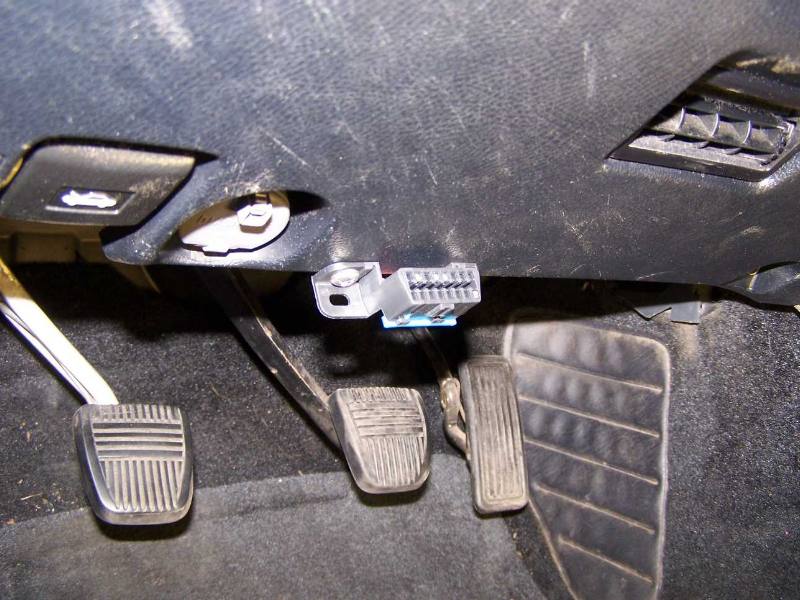