Hello all! I've had my '84 rabbit gti for about a year now and have decided to do the 20v 1.8t swap. I bought a passat from a coworker 3 weeks ago and have been parting it out since. I'm basically ready to start the actual swap portion now. Enough said, onto the pictures:
The day I bought her... monster truck status! 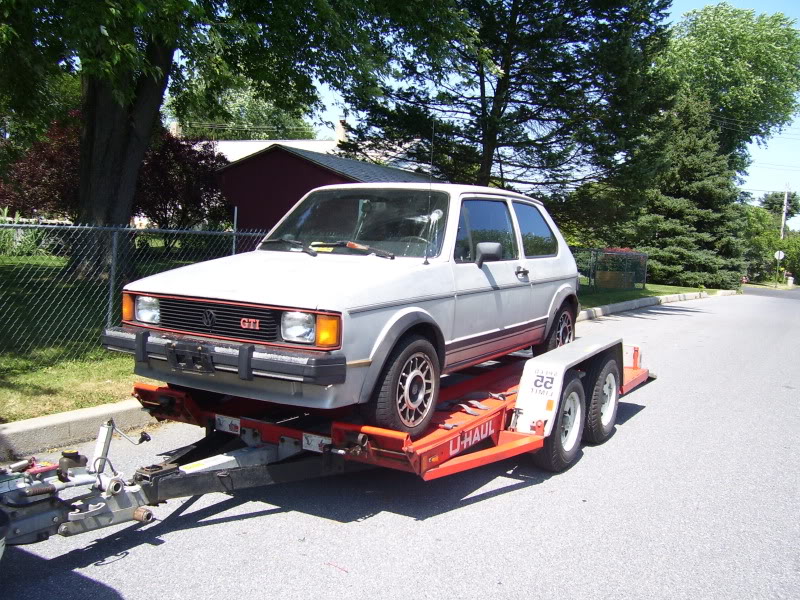 a few mods and 9 months later: 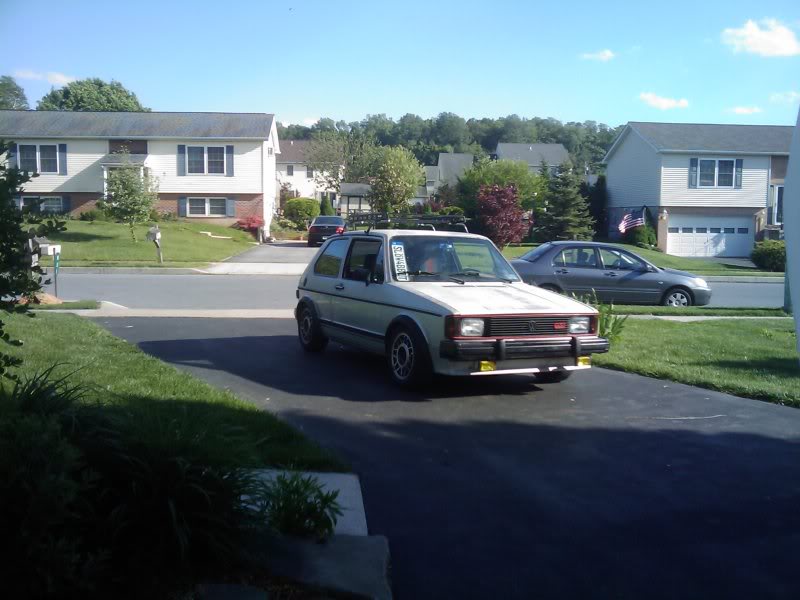 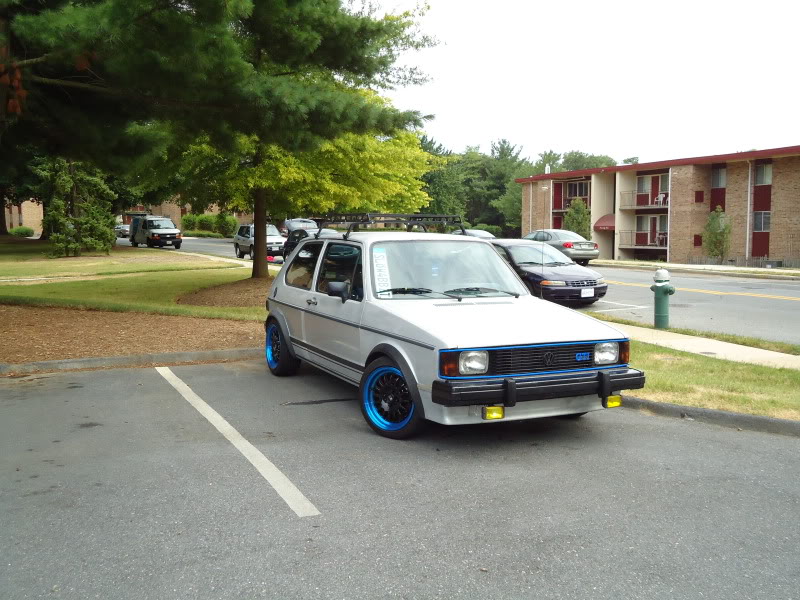 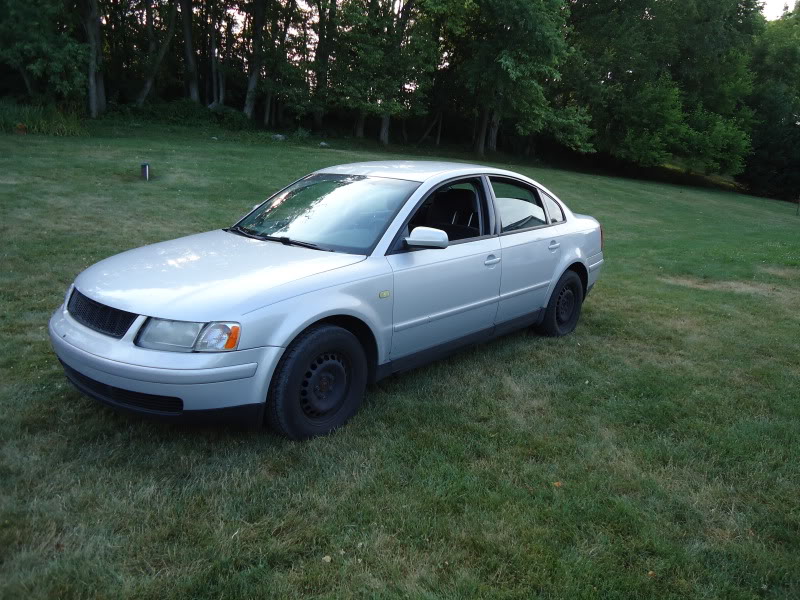 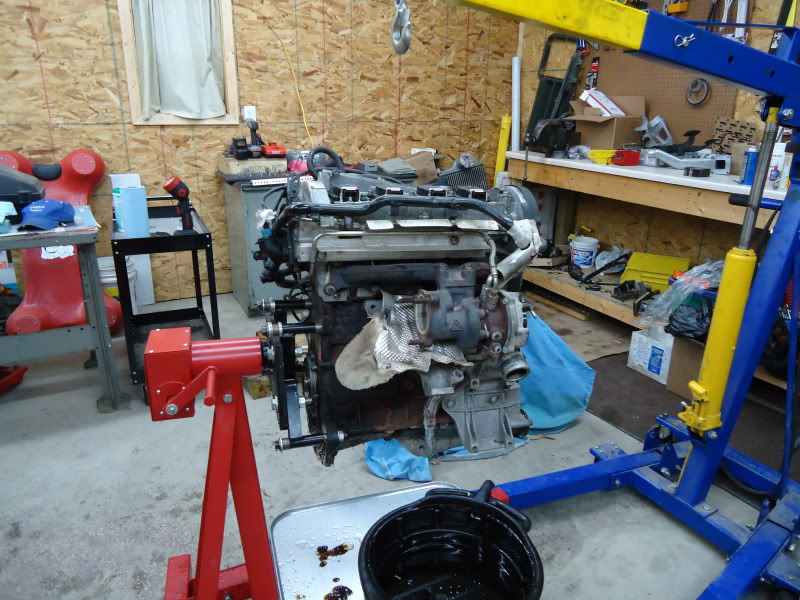 My progress for the last 2 weeks has been parting it out, making some money back and getting this thing out of the garage/yard so I can start on the rabbit: 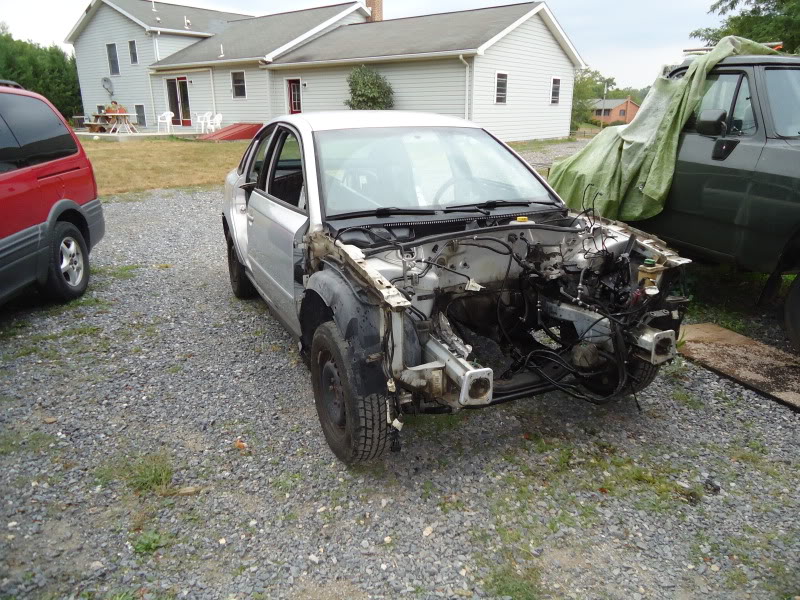 All of the wiring gets taped up and labeled and the trans is dropped and the motor is pulled out.
Bumpers make for a very convenient tool shelf 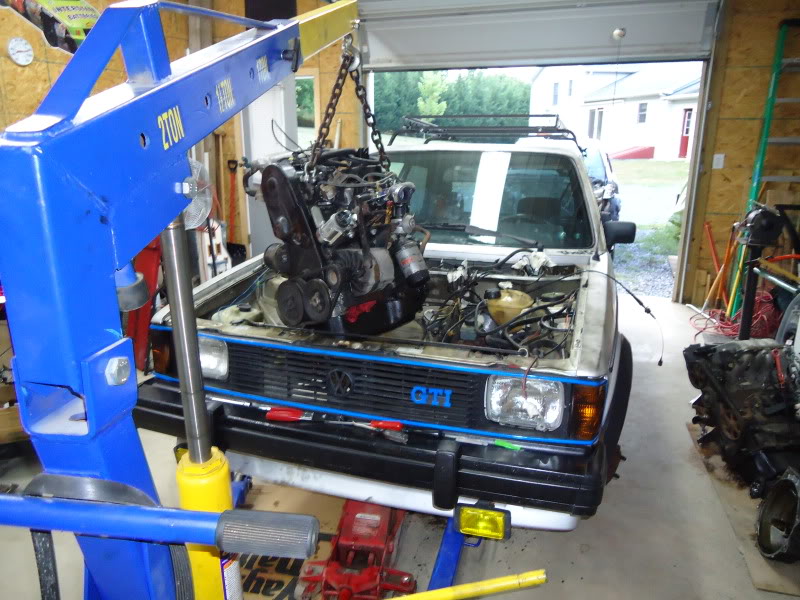 I ordered a sach's power clutch kit and lightweight flywheel from bfi along with their stage 2 front motor mount and HD other motor mounts.
I sourced a vr6 water pump pulley so that I could run the h2o pump and alternator on the same serpentine belt. I also got a TDI oil filter housing to clear my front motor mount and a 16v timing tensioner to clear the side motor mount.
I've got a 2.0 aba laying around, I think I'm going to use that oil pan (as long as it fits), but drill and tap it for an oil return line from the turbo.
I wanted a k04, but due to money and availabilty constraints, I just got a rebuild kit for the k03 for now

I also have 10000 other things that I need to decide on what to do (such as catch can, fuel line routing, etc.) but what fun would that be if all that stuff were figured out? thats what a build thread is for right?

Did some Purple-ing and some power washing yesterday.
Before: 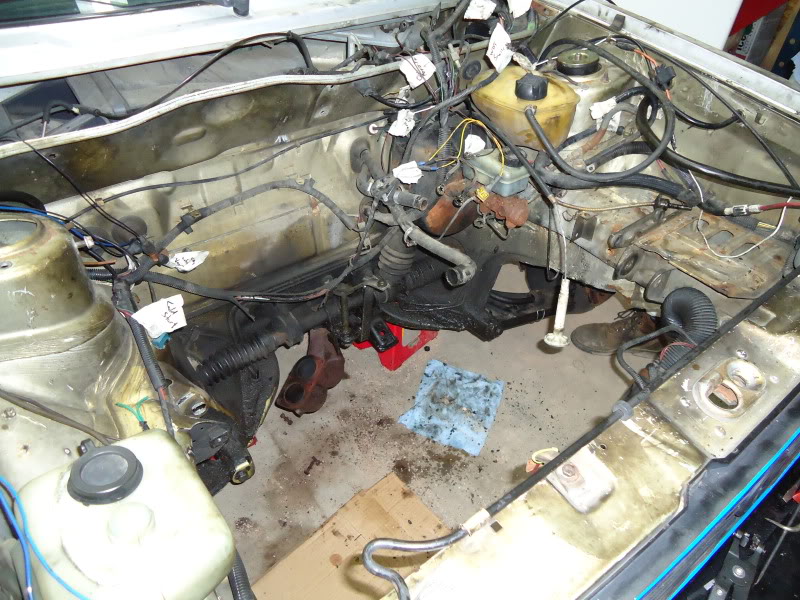 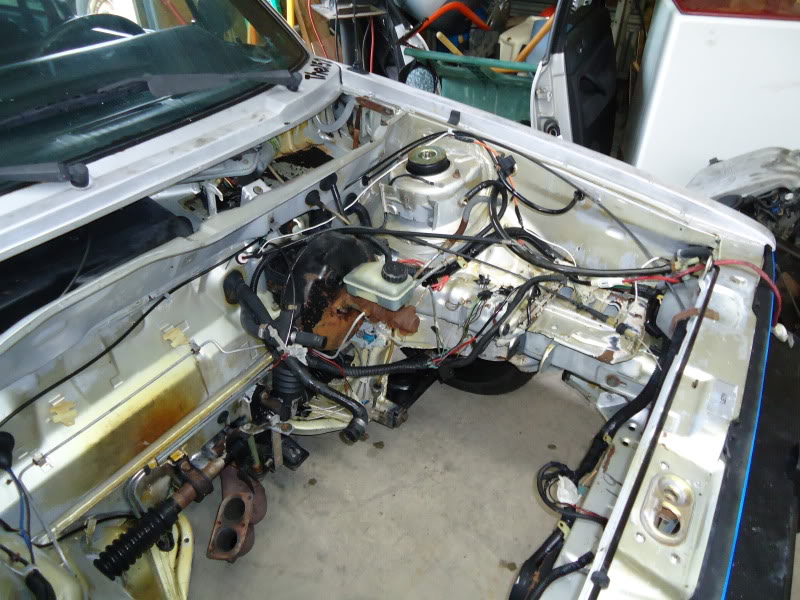 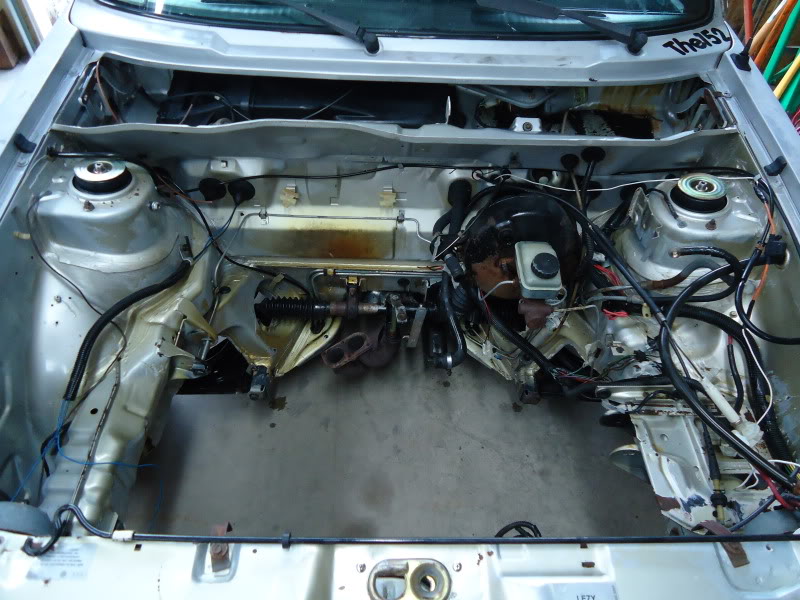 Debating on what color to paint the bay...
Any ideas?

decided on leaving the bay the stock color for now. I might get a can of the the silver and touch up a few spots, but I need to get this thing finished by mid-September, so painting the bay is not a huge priority right now

I was busy tonight,
Started working on fitting the intercooler (it's off an evo 8, it's a little big so I gotta cut some stuff out) 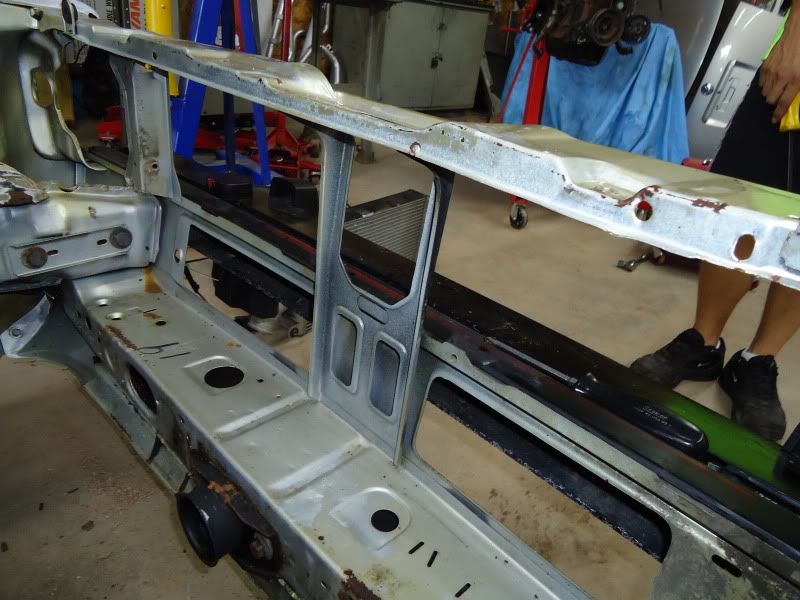 I cut out that middle rad support, the intercooler will be the rad support itself once I get some brackets made for it. cut off an existing bracket: 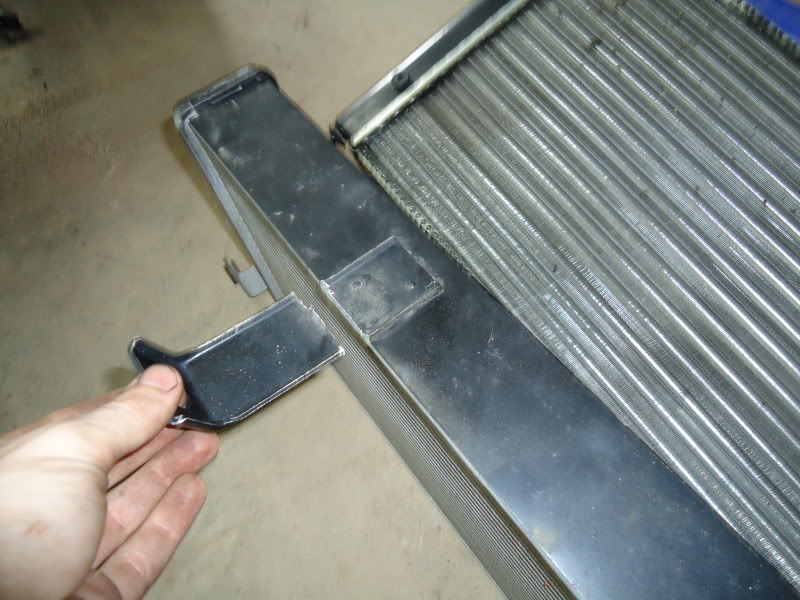 Got a TDI oil filter housing so that I could clear the front motor mount of a mk1. This is a picture comparing the installed TDI to the oem 1.8t housing: 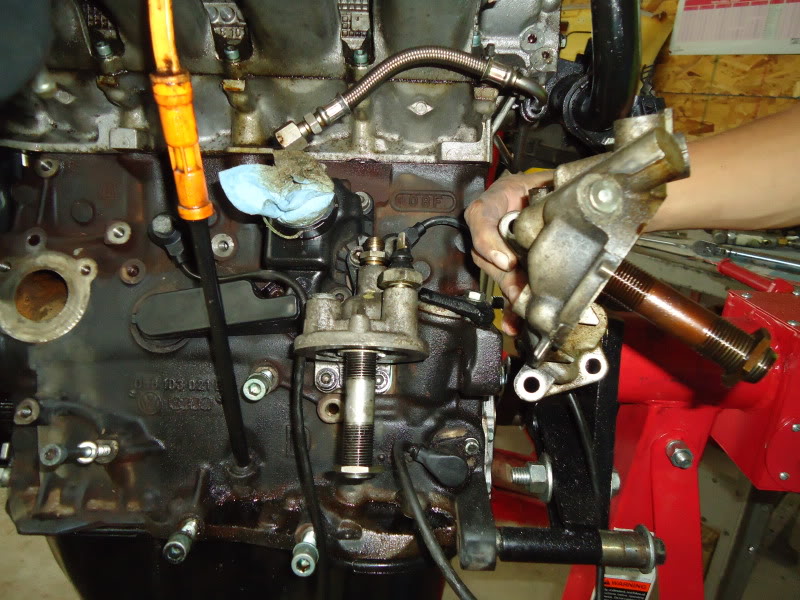 No power steering or fan needed here! So I trimmed the bracket to save on space and weight: 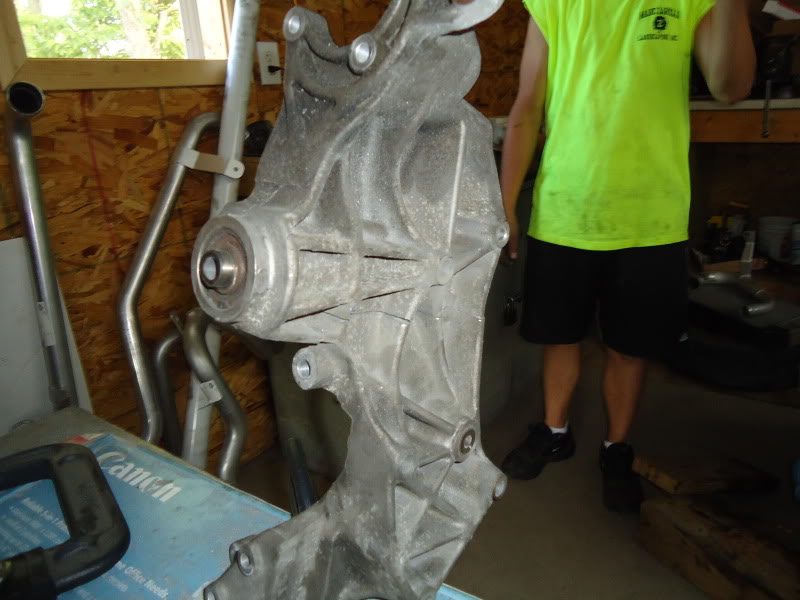 I put got a new thermostat and put the brand new water pump that I had just installed from the 8v onto the 1.8t.
I also got a vr6 water pump pulley so that I can run the serpentine belt. Everything lines up! and you can also see my custom cut alternator bracket 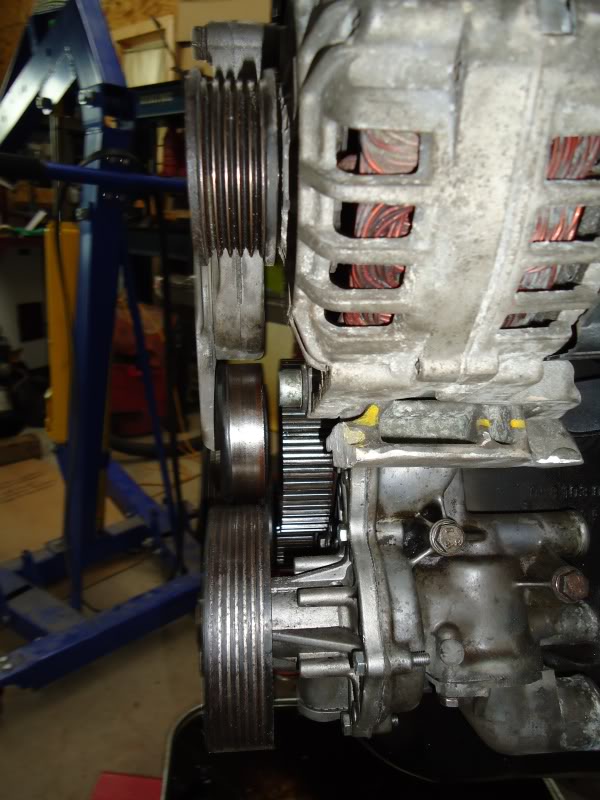 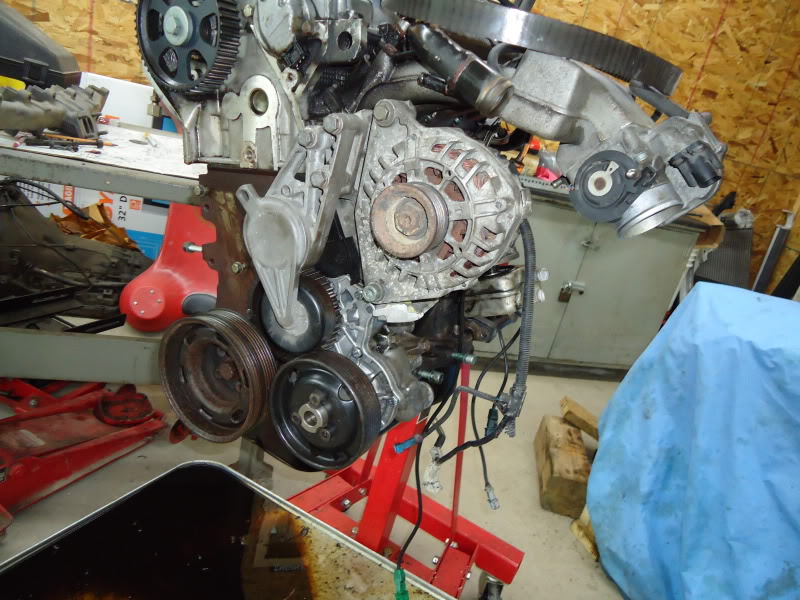 Also took the oil pan off of the ABA i have laying around and bolted that on along with the ABA pick up tube. I'm going to buy a bung from Summit and weld it on for the oil return line from the turbo. 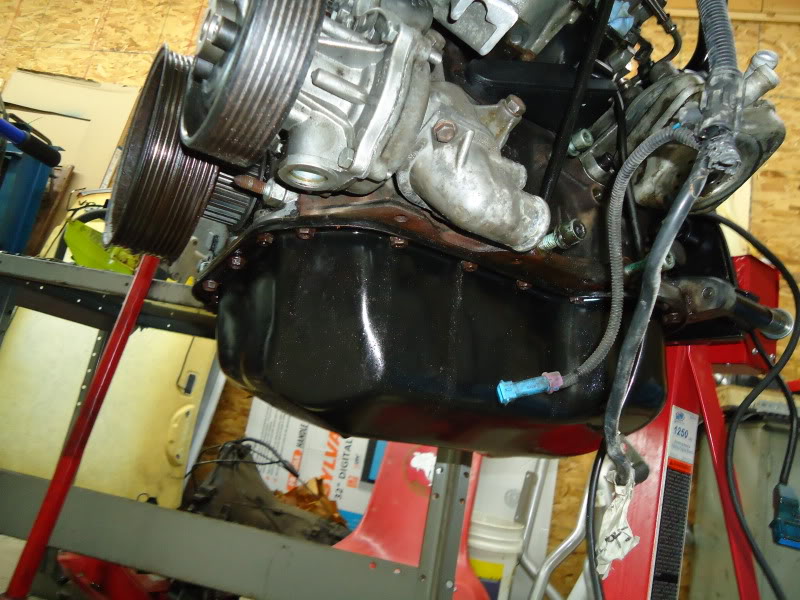 Need to install the timing belt and 16v tensioner that I got as well.
Not going to be able to work on the car next week unfortunately

But the week after i should have the turbo rebuilt and hopefully a new intake manifold and oil return line mounted and it'll be ready to bolt into the Rabbit!
Then comes the fun of running intercooler piping.
Thanks for watching!