First of all... the disclaimer: everything you will see in this post is my personal opinion and

if you decide to follow my steps you are doing it at your own risk.

The reason i am posting this is that if you have an 6spd A6 or S4 you might have the 01E EDU transmission.

Around 92k miles i decided it's time to do the TB service.

here's what i ended up replacing only on the engine side:

flywheel with resurfaced one

I am very pleased to say that everything worked on the first try and i had no issues so far.

The engine really purrs now. I have lot's of pictures so if anybody interested, email me

But this post is about the transmission so let's get to that.

I figured since i had the engine out i might as well fix the issues i had with my transmission:

4th gear would sometimes not engage, i'd have to take it to neutral and then it would go engage

Some people would consider all of these acceptable, but i'm pretty picky so i decided to fix it.

I started with the idea that if i make it worse i'll just buy another one.

The tools i used were all just normal tools, no special ones but all were high quality.

set of torx bits - used often as most screws are torx

a big hammer - used to drive gears back on shafts

a prybar and some flat screwdrivers

One other important thing i had is the Bentley manual. It contains important details and it would take too long to cover them here.

From here on i'll let the images do most of the talking and i'll add short explanations on the side.

disengaging properly so i installed a new clutch set since i had one. Mike at VAST resurfaced the flywheel.

Used all new bolts for the flywheel and pressure plate. 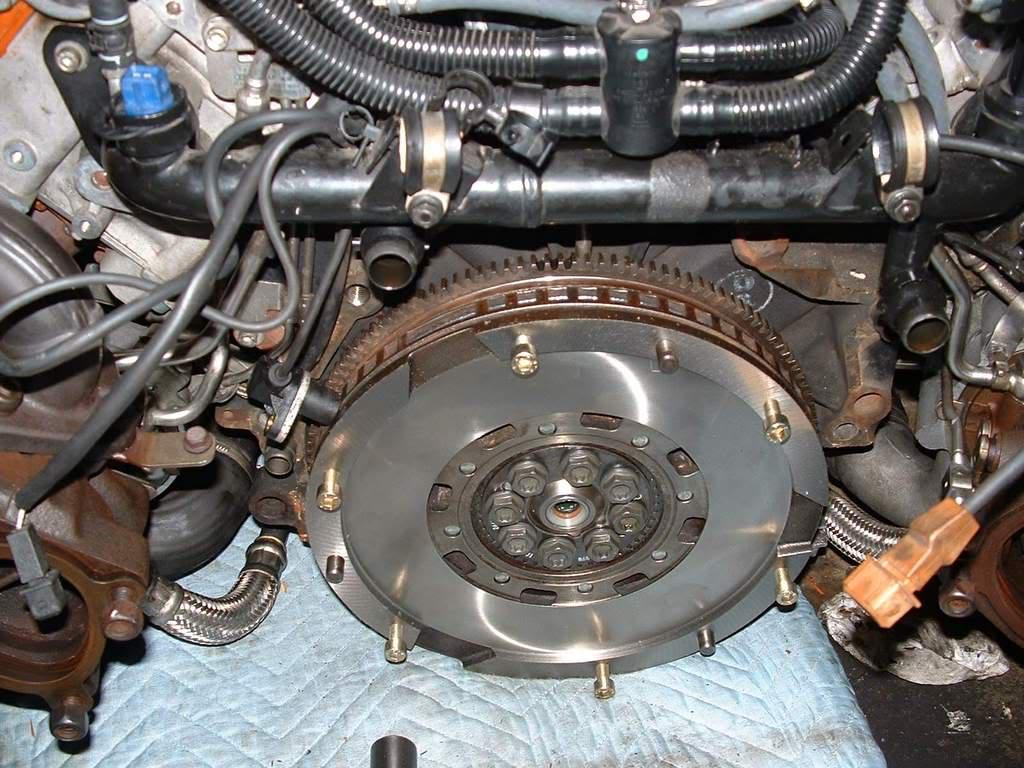 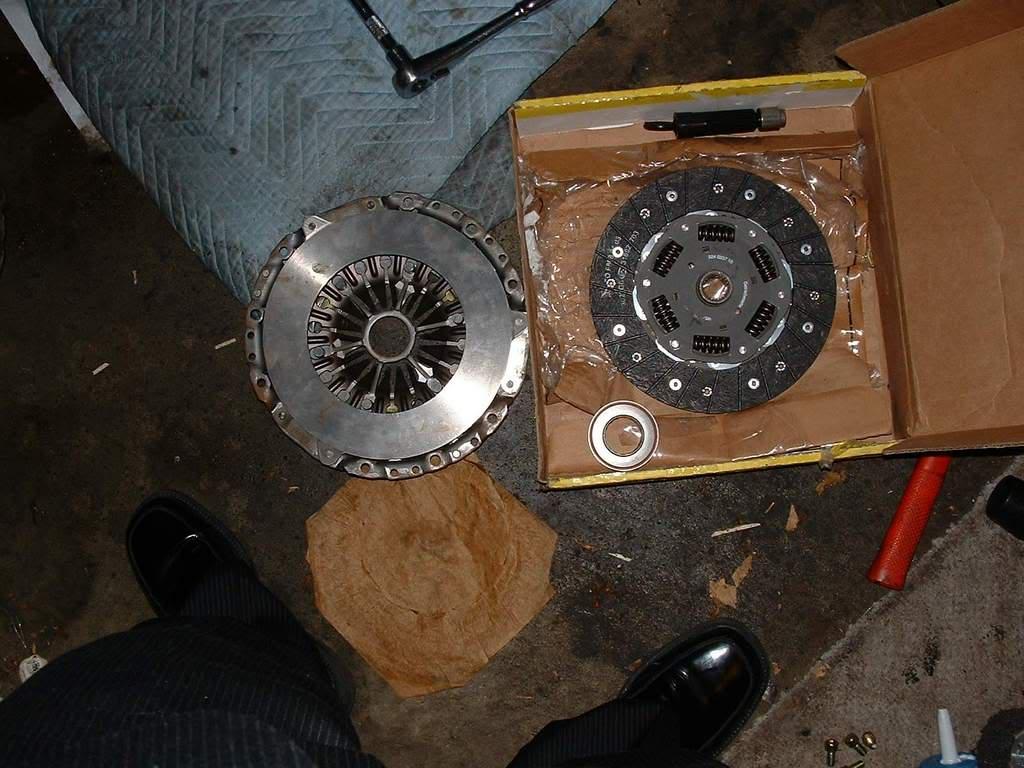 Here's the transmission out of the car. 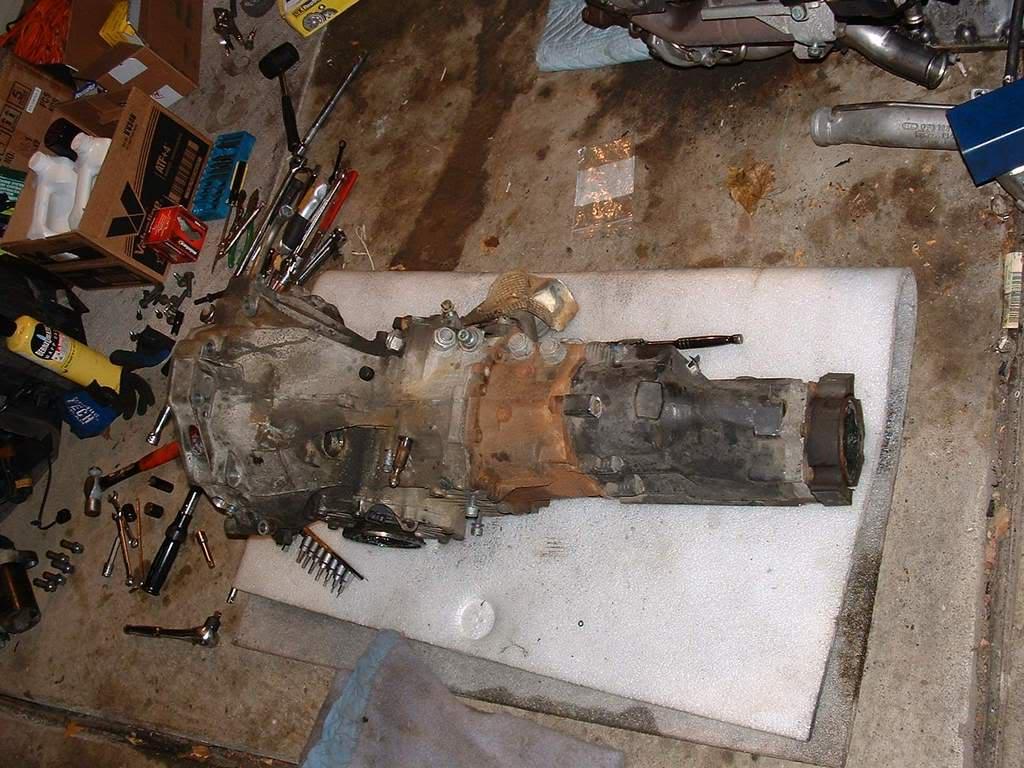 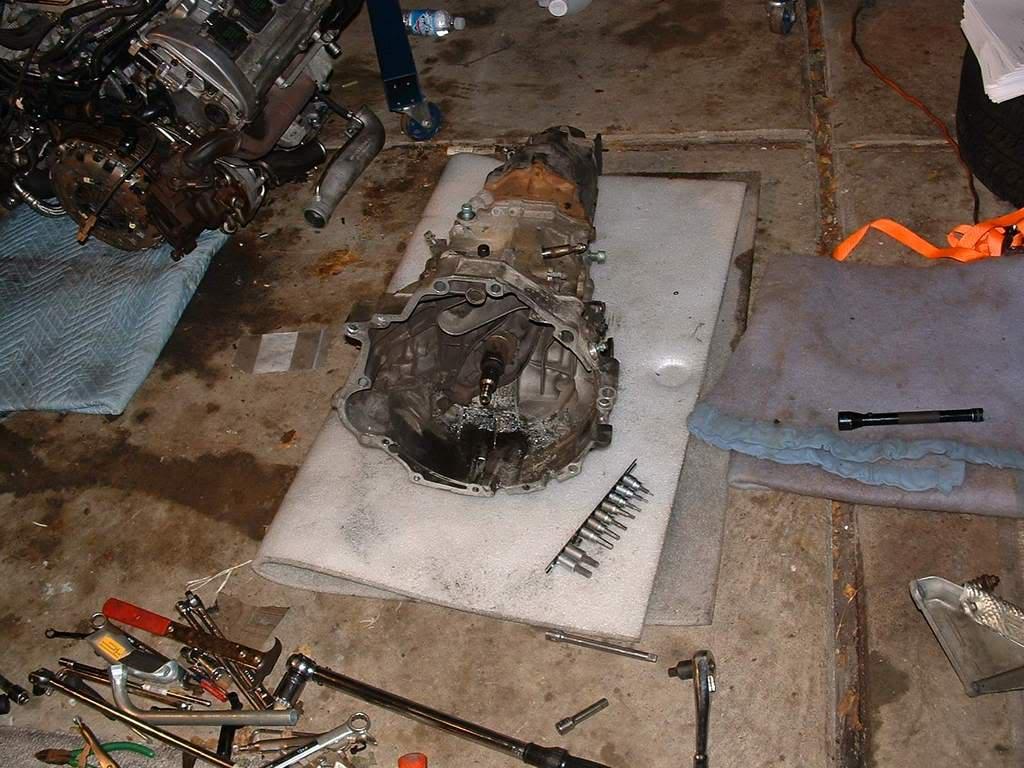 This is starting to look scary.

At this point i noticed that the shift knuckle was a bit loose so i decided to replace it. 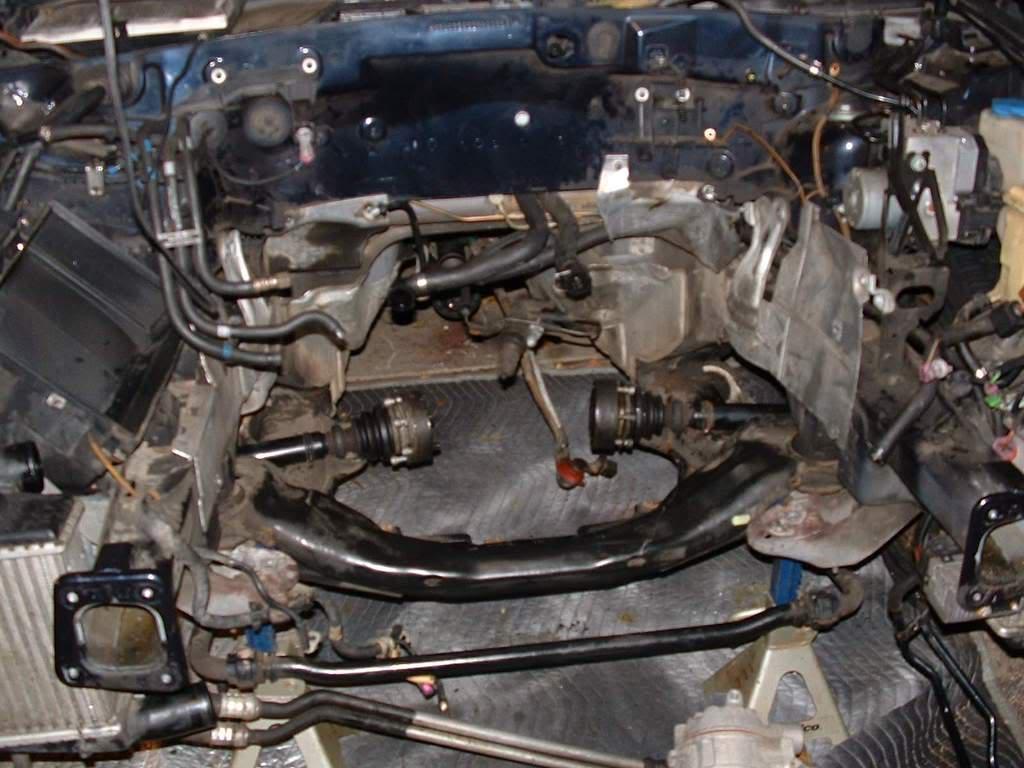 Removed the rear cover where the driveshaft connects. 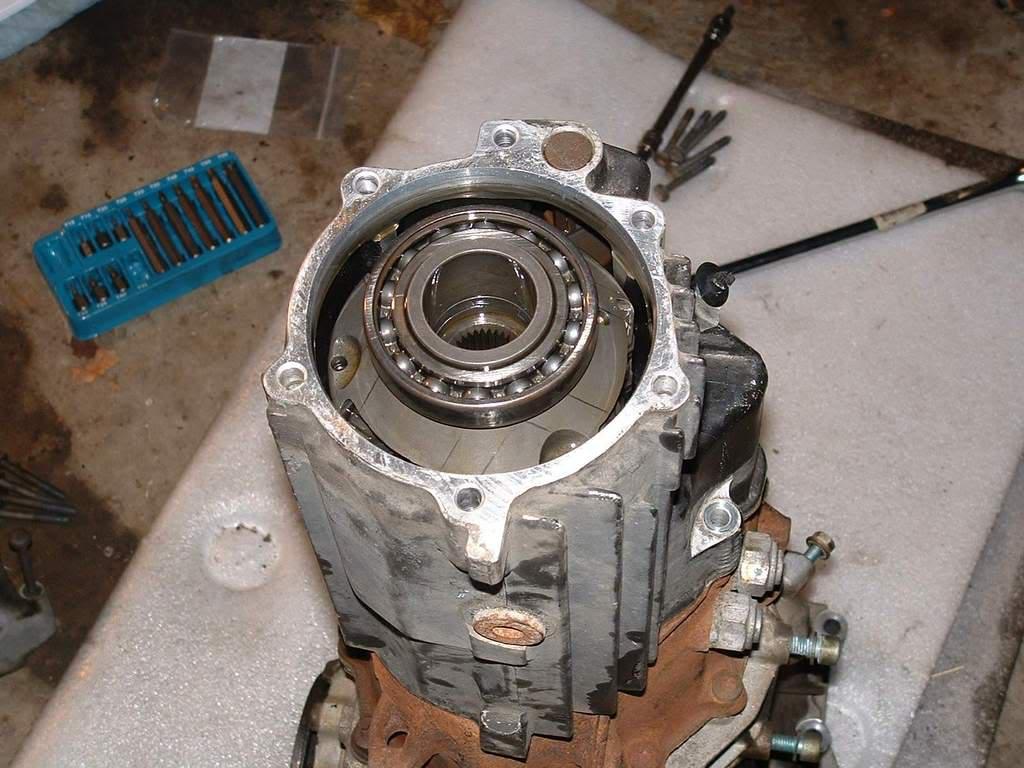 This is the torsen differential, a very smart invention.

send rotation to the front and rear differential. 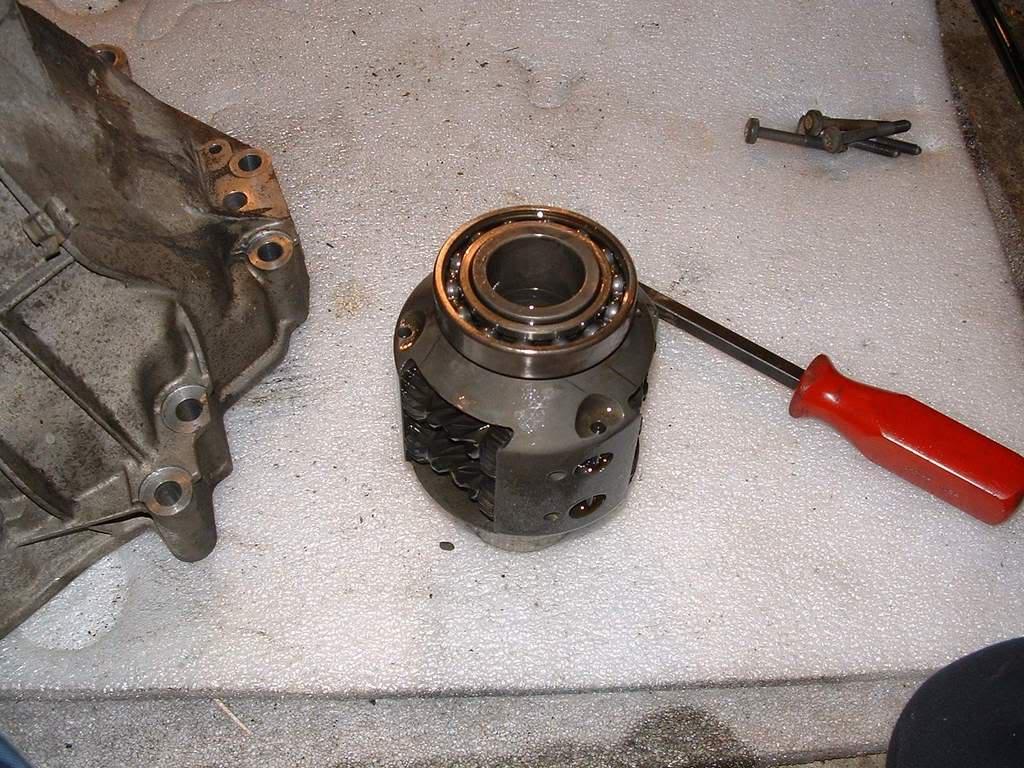 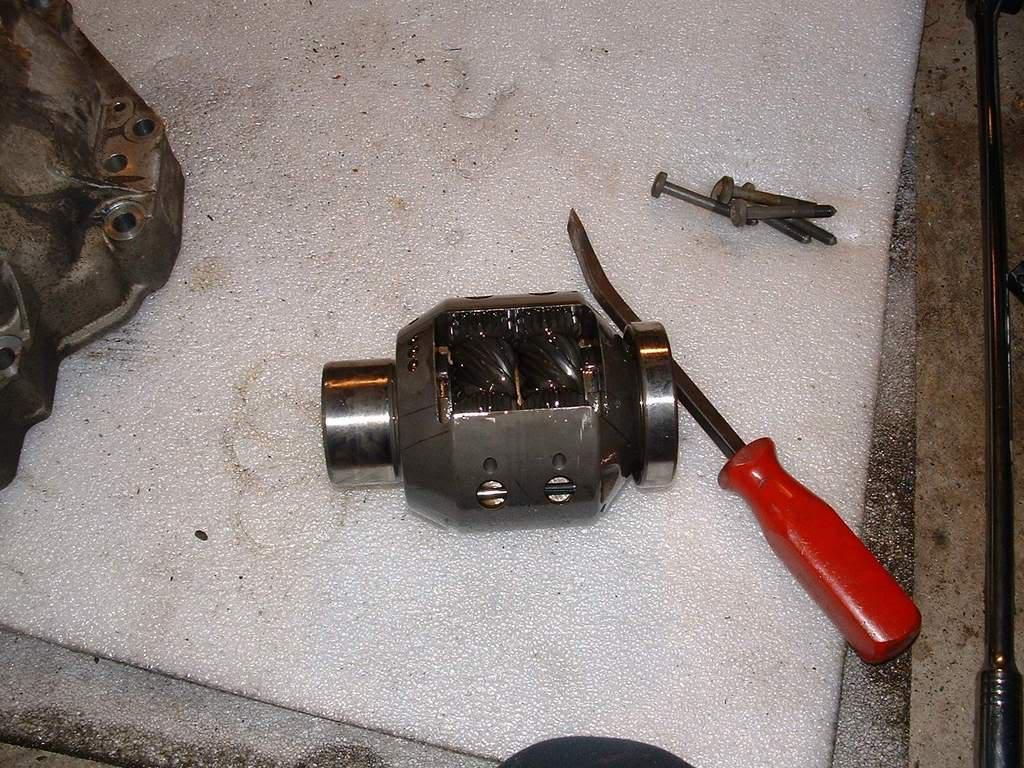 Here's the ront differential. Took it out to inspect it. Looks great. 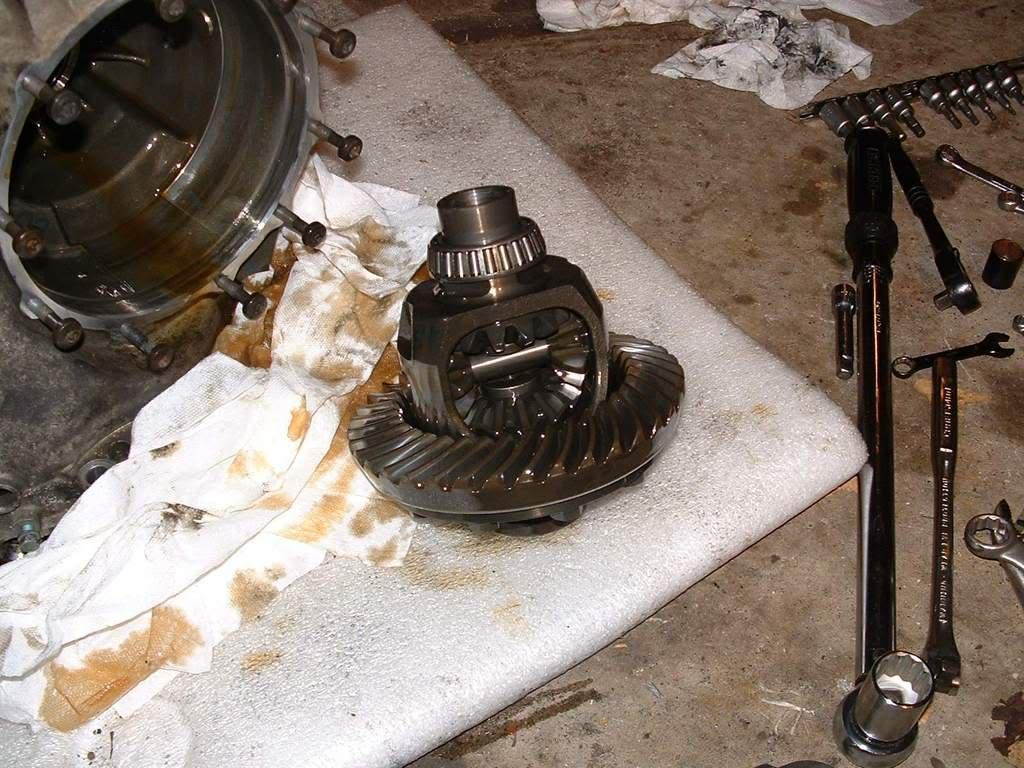 Here you can see the shift forks. They need to align nicely or you have a problem. 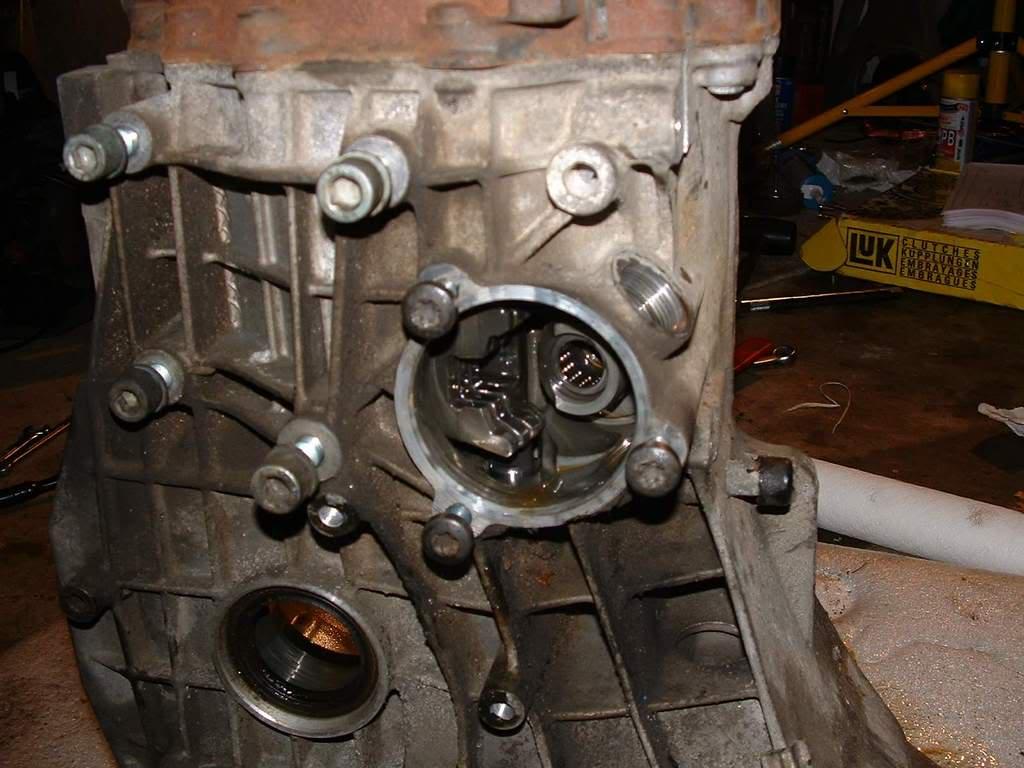 Here's the gear selector. Notice the very smart pattern on the surface where the spring-loaded

ball presses. The pattern is one of the reasons that the trans will guide you to shift to the

upper gear rather than going by mistake into a lower gear, unles you really want it 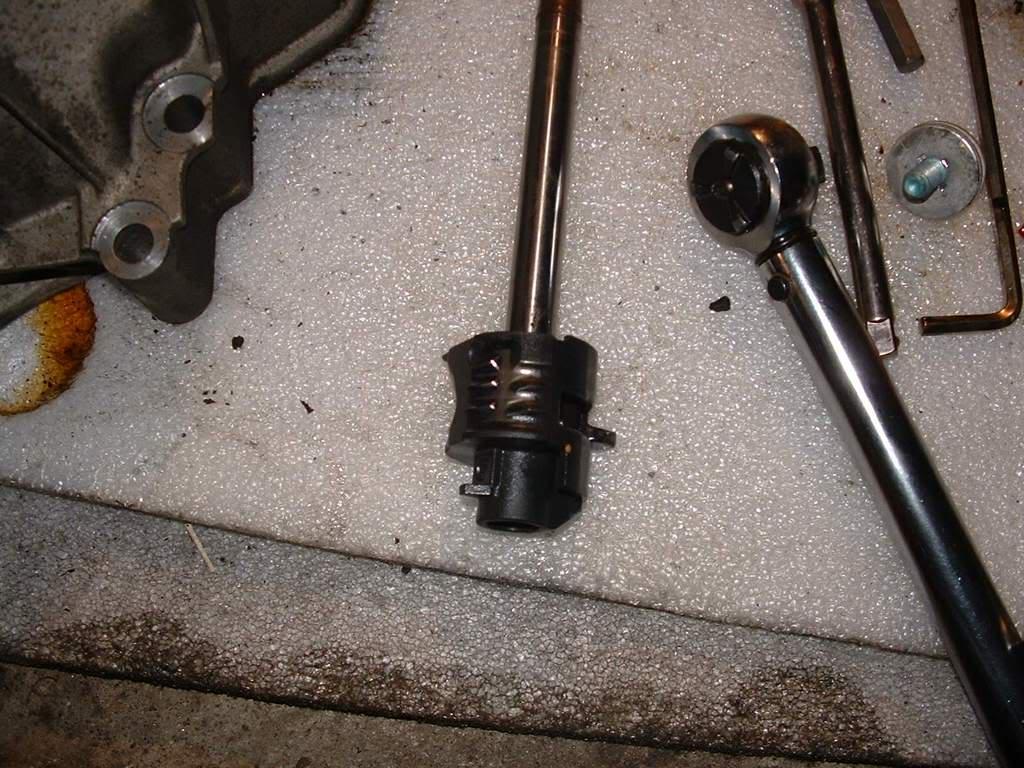 There are images missing here but i had to remove the oil magnet from the torsen housing.

Audi has a special tool that grabs the inside of this race and pulls it out.

until the race slided out. Use large flat areas to pry and avoid scratching the mating surface.

in the output shaft you can see the shaft that goes to the front differential. 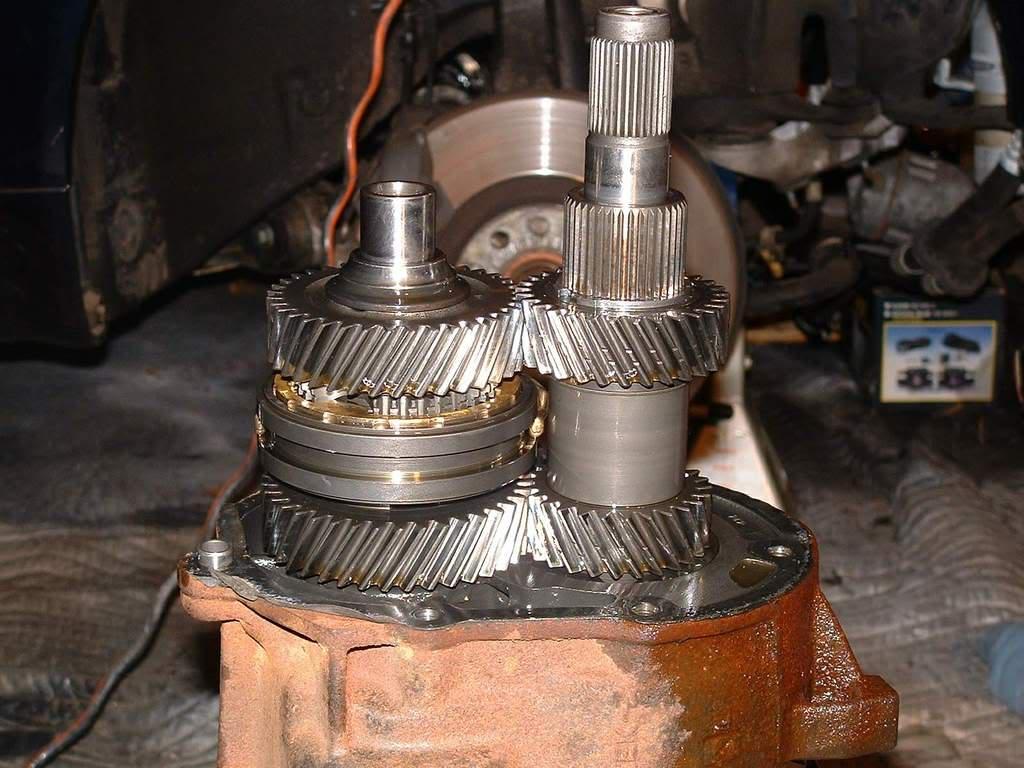 This is after i split the gear cluster from the main case.

The shaft that goes to the front differential is fully exposed.

Exercise caution since it has a needle bearing on it and there's one other thing:

There are tapered rollers between the shaft and the case. If you lift the shaft the rollers might

get lost. Exercise extreme caution and observe their position. They are tapered rollers and you

cannot turn them up side down. 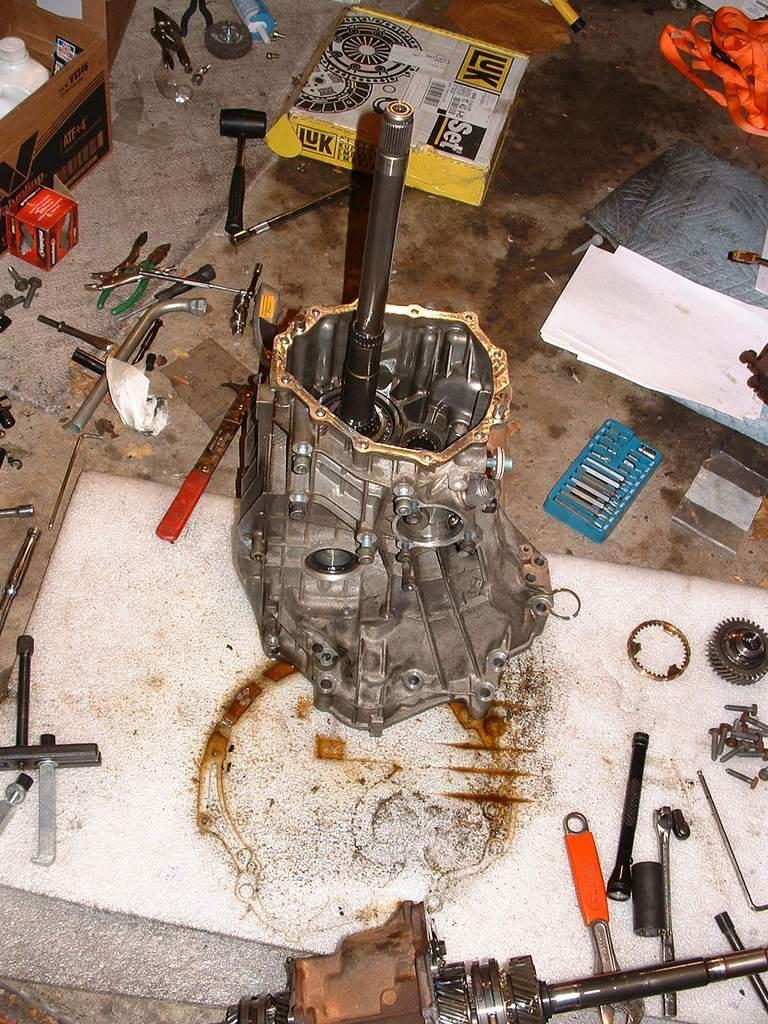 Here's the gear cluster, with the selector forks and everything still in place. 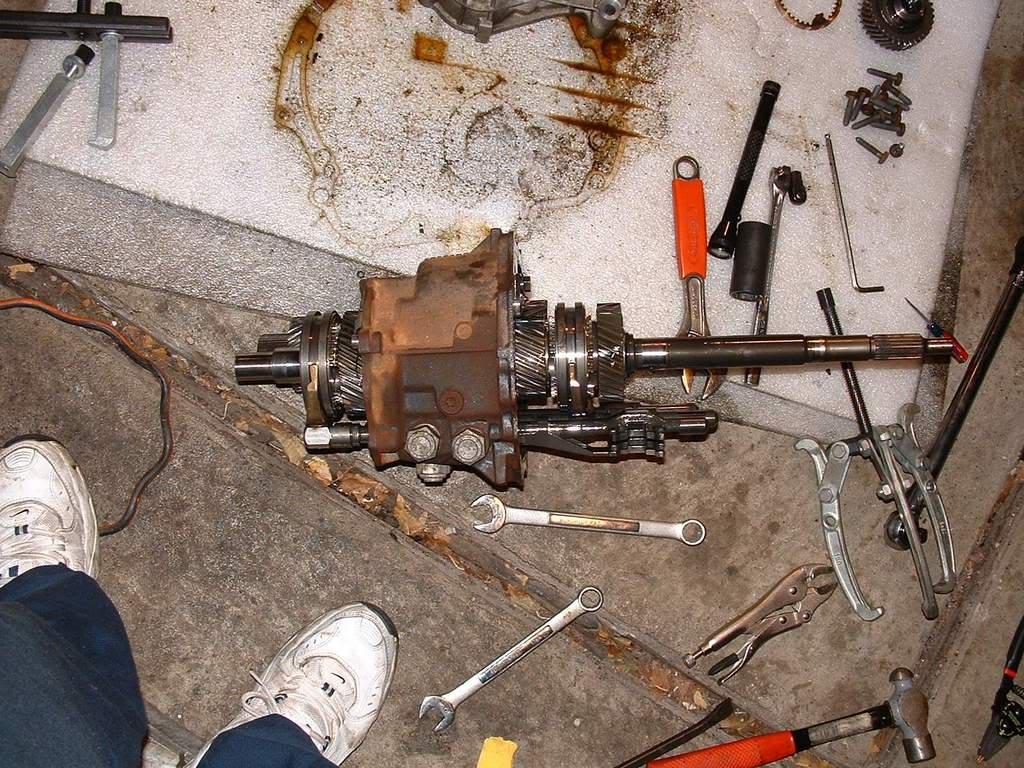 Great build with pictures and details!