After learning that Pat ( Landman ) started his thread well into his restoration I'd thought once I reached a certain point of mine I'd do the same.

I figured that hopefully everyone would be alive by the time its finished ( including me !) which later upcoming threads I'll explain that one.

After watching a neighbour many years ago rebuilding and old Whippet I always wanted to restore a vehicle and admired many at passing club runs and shows.

Finally I decided that the look of the Ford 34's had beautiful lines and loved the shovel nose grill. I'm not sure overseas but in Australia these were very popular with hotrodders and a lot of these guys had deep pockets. An unrestored one would sell for $15,000 and upwards. I looked at a number of Makes and haven't given very much thought to the Dodge brand until I saw an add in the paper. Dodge 1934 Sedan 6 Wheel Equipped US Body $3200 ono.

This looked interesting and after talking to my wife I set off to have a look at it. Cost also played a big part as we had just bought a business, new car and three small children but having a project like this, I would be at home incase I needed to look after the kids. The date was 6th May, 1998.

Anyhow, when I arrived at the house to look at the Dodge all I remember seeing was that big Grill looking at me. The owner had spend 5 years stripping the car in a tiny garage and then it sat there for another 20. The only thing still on the chassis was the front wheels, body shell, 4 doors, rear mudguard and a running board. He also painted a lot of parts in Bitumen Paint. The owner said it was approx 95% there ( more like 80% ) and it was a good solid body ( got that part right ).

With a walk around his yard ( where the panels were ) and inside the house ( where the rest of the car was in boxes ) We agreed on $3000. He also had the original 4 digit plates but wanted $3000 for those. I didn't have the money but was happy with the car and couldn't wait to get the 3 trailer loads home and start sorting. Looking back it is probably easier if you pull the damn thing apart yourself....at least you know where everything goes and can label everything.

Over the next lot of posts I have to scan some of my old photos ( prior to our digital camera ) and I'll try to explain what order I did things in.

Hopefully it will make interesting reading for anyone thinking of restoring a car. As I dont have some of the technical skills like Bernie or Pat who can turn their hand at almost anything which I admire, I'll try and make up for in photos etc..

Thanks Pat. I've got receipts and a book that shows what I've spend ( maybe not a good idea ! ) and dates so hopefully it will be fairly close.

I hired a trailer and on the back of my new Grand Voyager ( Dodge Caravan I think ) picked up the Dodge. First time it had seen daylight in 20 years.

The previous owner ( Harry ) had a tiny garage so he could only work on one side at a time which is why a rear guard and running board were still attached.

All the panels and seats were put in the car through the roof so it looked like the car had its own swap meet inside it. Harry had parts in every room in the house and he was trying to remember where everything was. I made sure things like headlights, differential, gearbox etc. He assured me he would keep looking once I took everything and he would contact me if anything was found. He did just that and we still contact each other. The rear diff was removed and a free wheeling axle was fitted in its place so he could still move the car with the diff out. I loaded crates under the car and in the back of my new car and eventually made 3 trips to get everything. The car would be at my mothers house while I worked on it as we lived at the back of our business and really had no garage to speak of. Harry also gave me a folder with hand drawn diagrams of how things were removed and various other information he collected along the way. 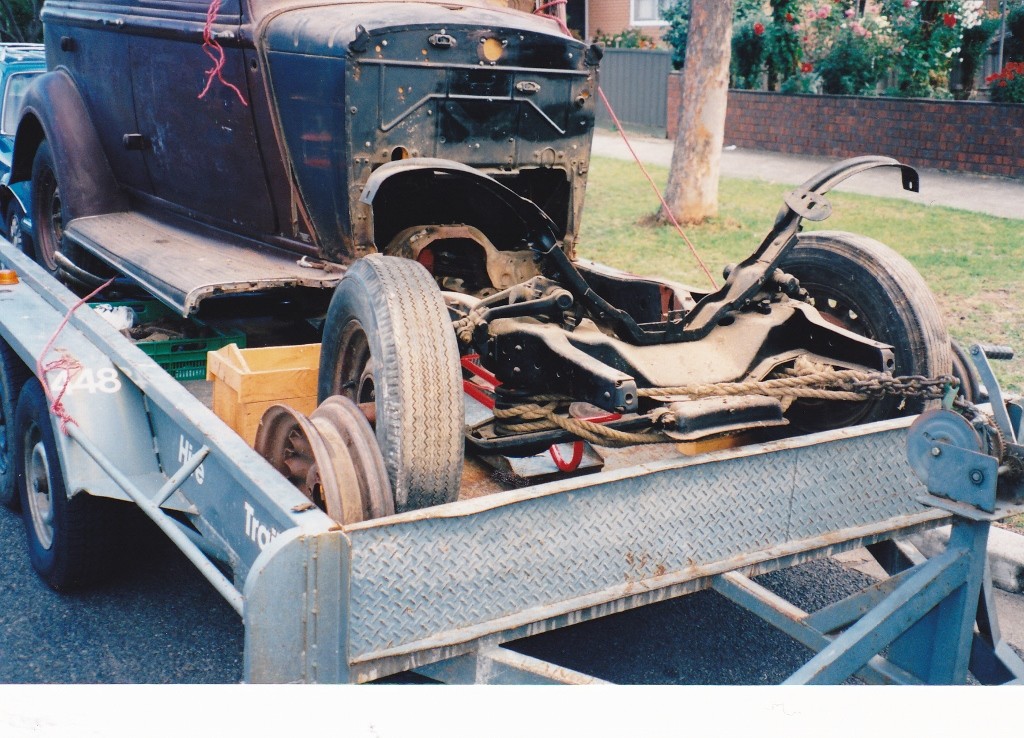 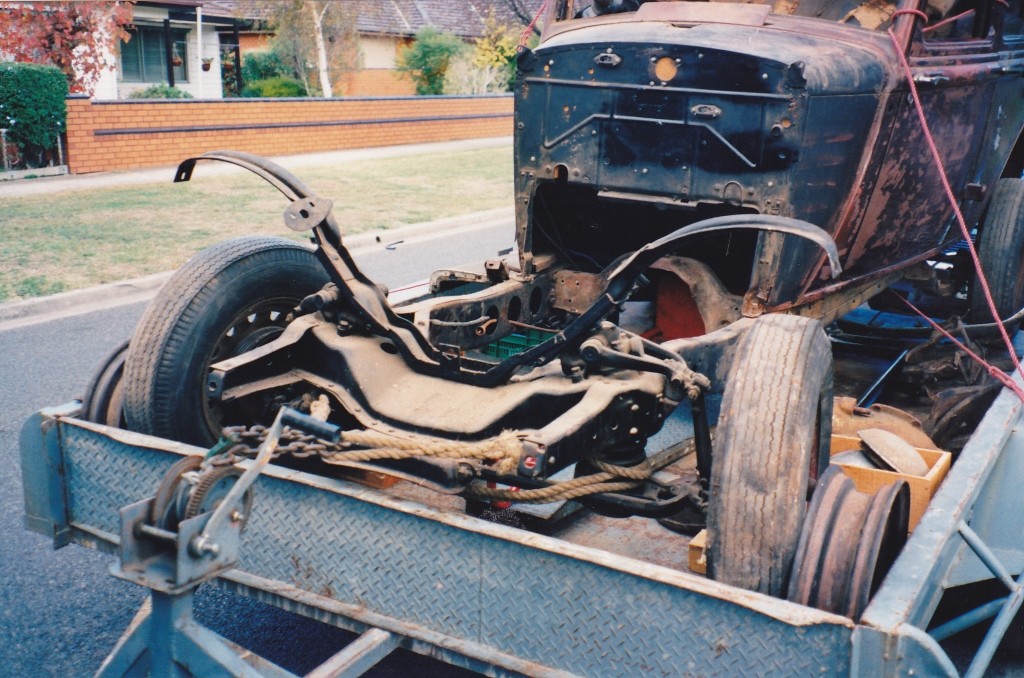 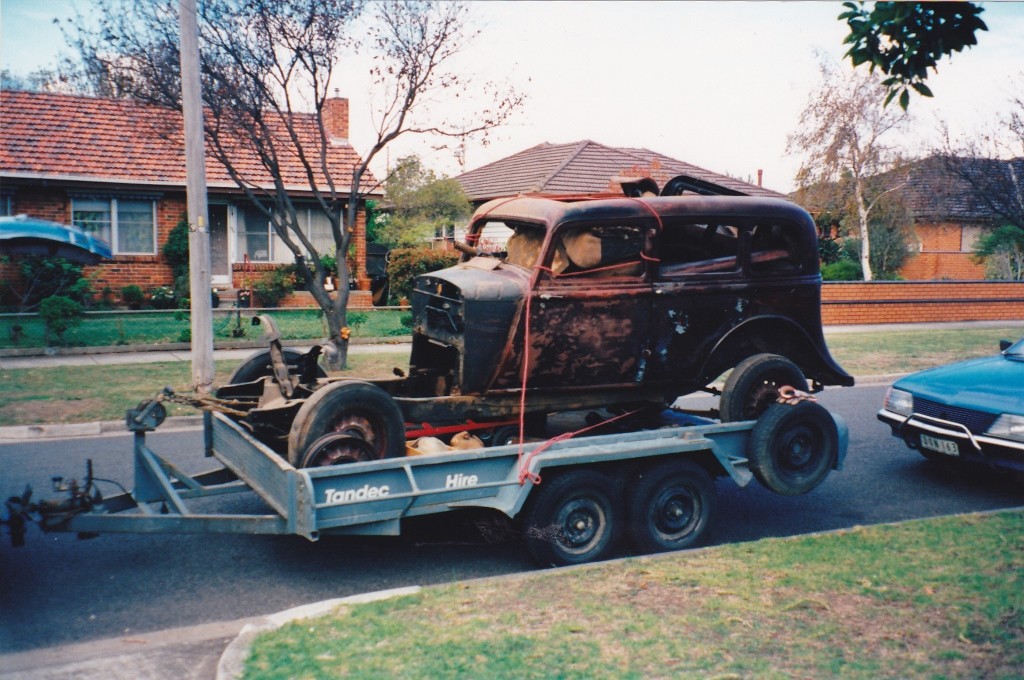 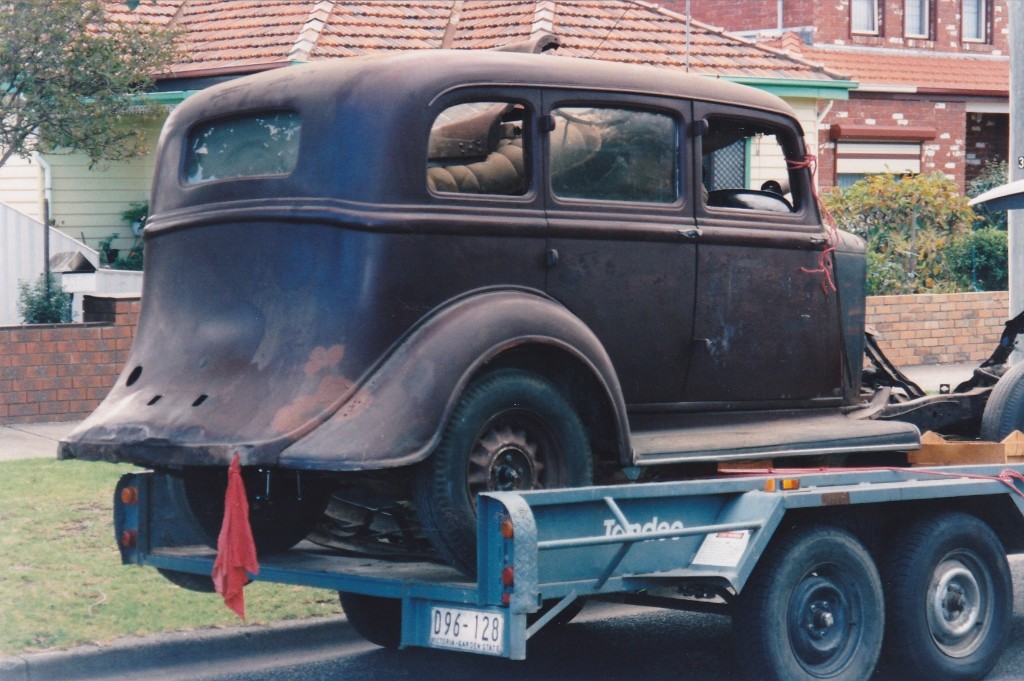 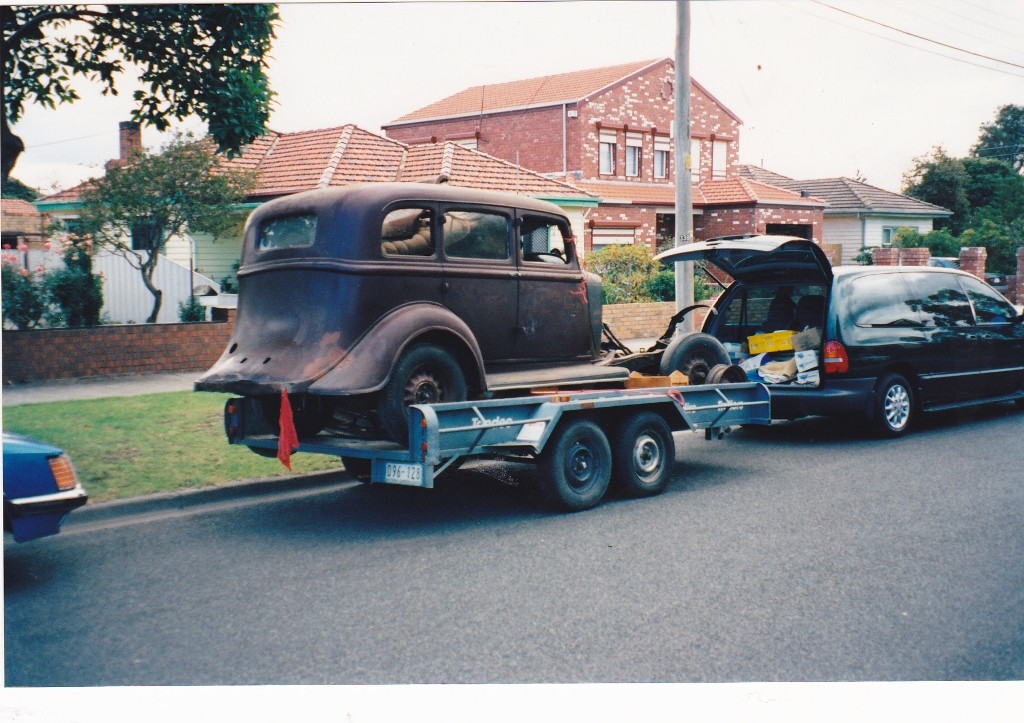 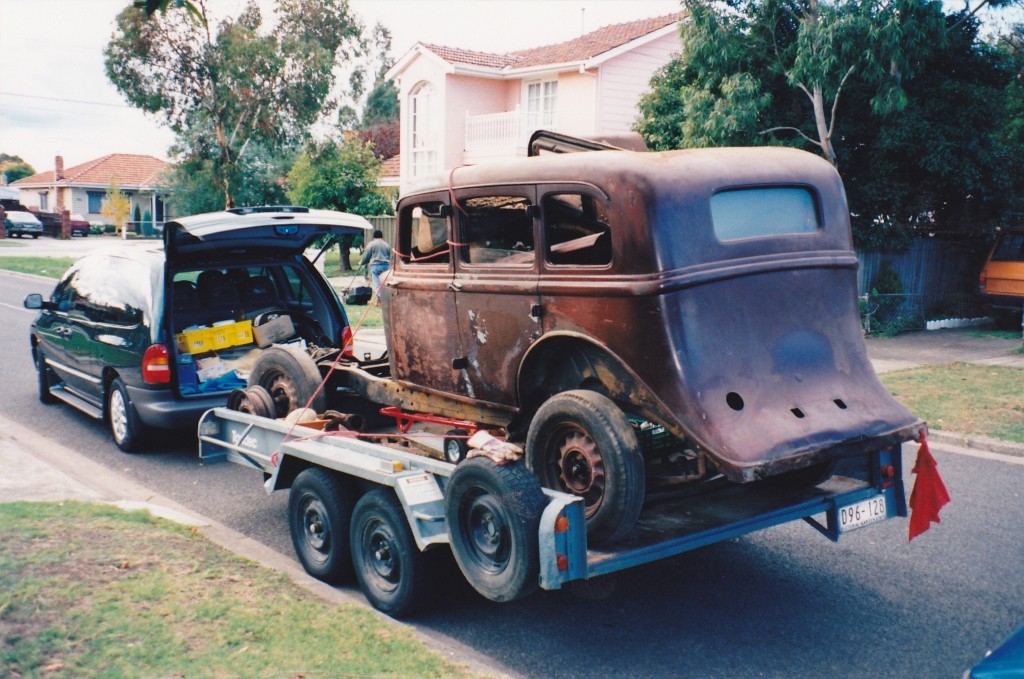