Compliments of The Stallion mang @ forums.corral.net

So this is my "Recession Buster" based 2v Teksid build: Got my block back from the machine shop bored .020 over, checked the mains "straightness" to see if it needed line honed and had crank polished, rotating assembly matched and balanced, did a mock up assembly to measure piston to deck height. Took it back and got it "zero decked" Pic is after final wash and freeze plugs installed. (Blue light is from my reef tank)

At my local machine shop there had aparently been more than one Cobra engine come in with a "blown out" front and/or rear oil galley "plug". This is my first Modular engine build and i'd rather be safe than sorry so to make sure I tapped them and installed actual plugs in both. 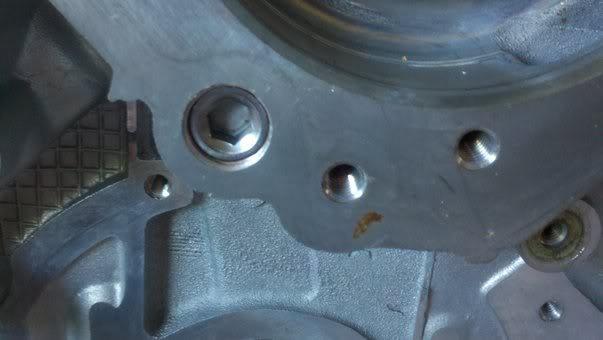 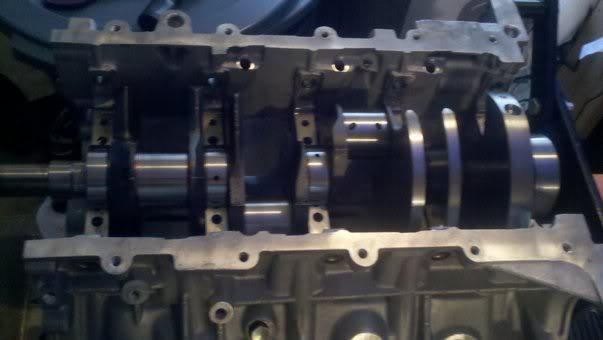 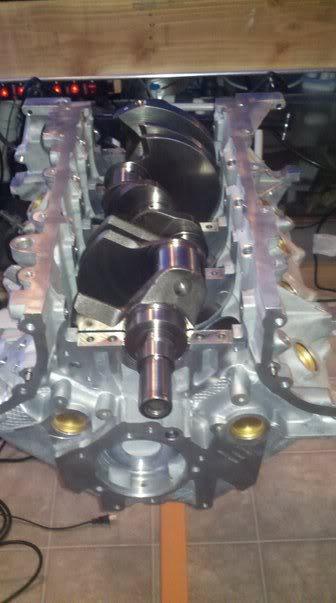 For some CRAZY reason the J-yard that I pulled the Mark engine from must've put a hole in the front of the oil pan.....and then plugged it. ? So i'm going to have to have someone weld it up since I don't have the equitment to do it. I still can't figure out the reasoning behind it. 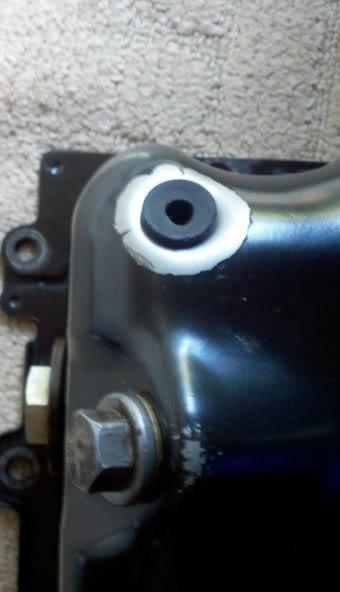 The plan is for this to be NA as this is MY first engine build as well as first Mod engine experience. I've helped friends with thier stuff and had a few 5.0's in the past but never did one of my own, myself. It's based off Nicks "Recession Buster". (using new engine parts) so I got most all of my parts from him, just before he suspended his part sales luckly. 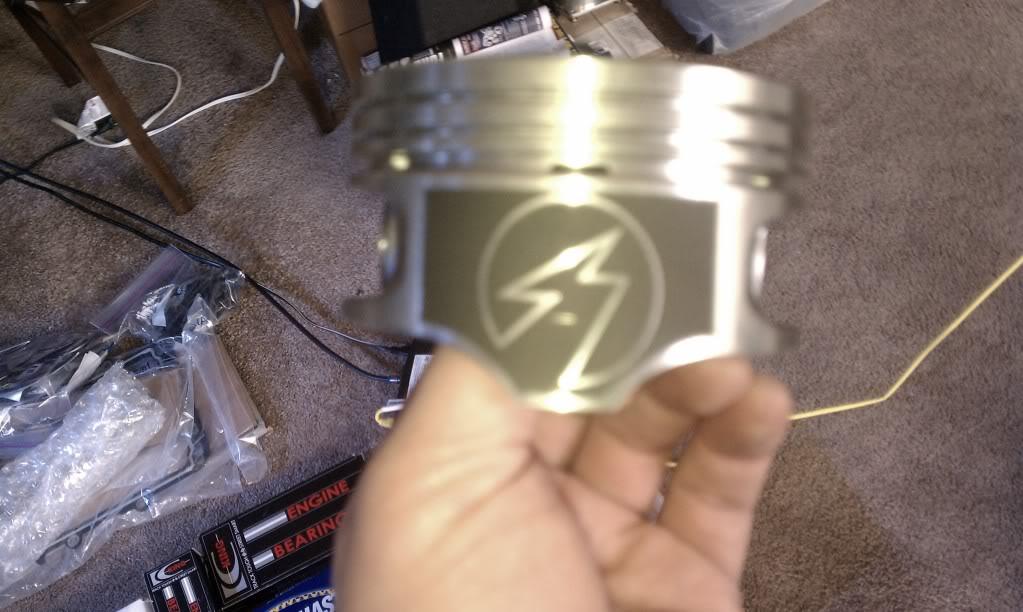 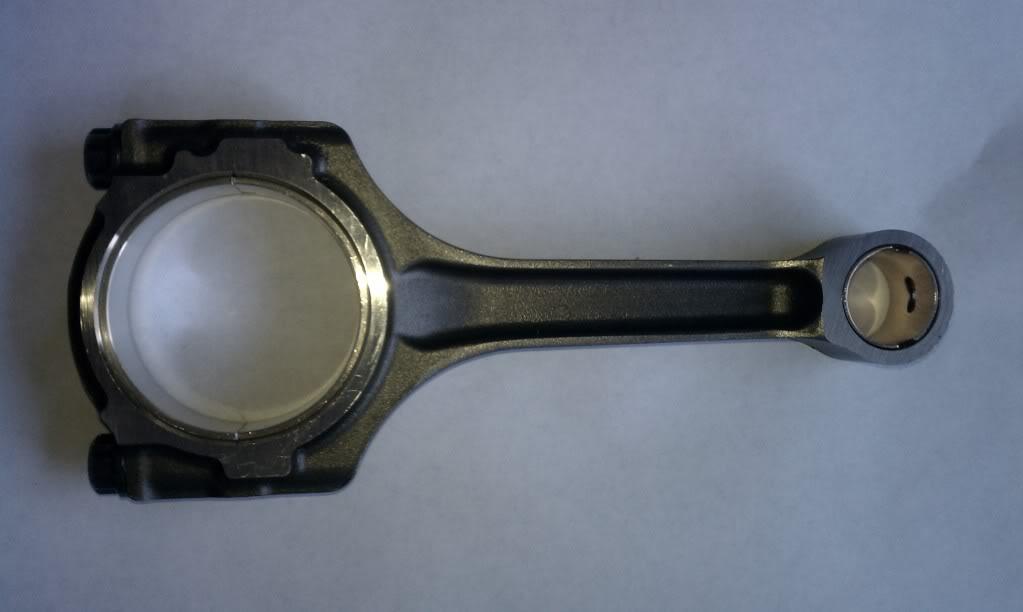 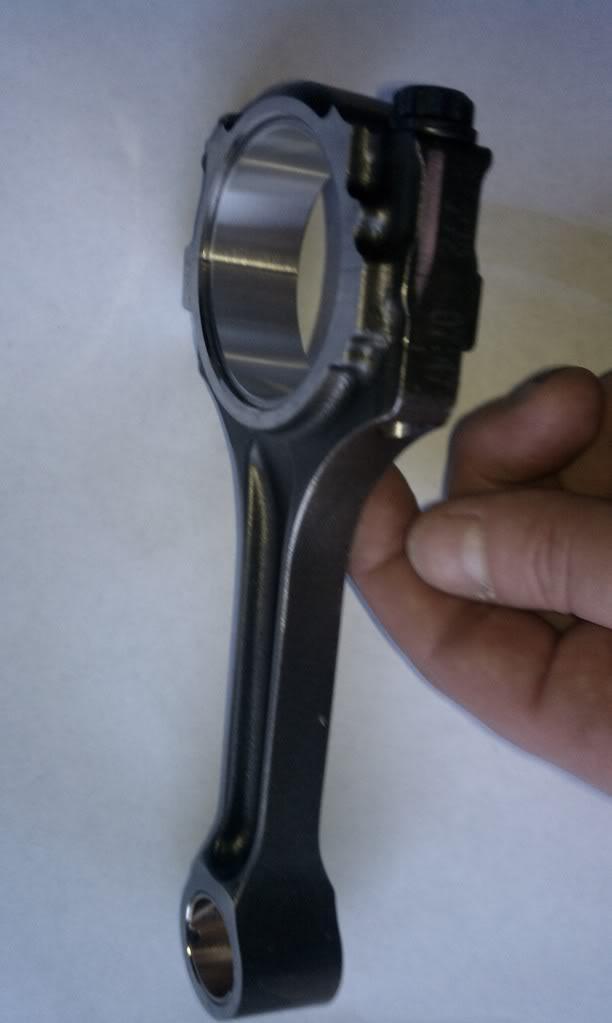 I had the block decked so I should have right at about 12:1 CR, i'm waiting on a MHS stage III heads and 3.5 cam combo that should be here by the end of this month as it's been busy over at MHS. I plan on all the regular bolt ons, i've been trying to gather everything i'll need for this since March. I have most everything, O/R ProChamber, LMAF, JLT CAI, 24# injectors although I might go to 30# we'll see, gonna stick with the stock intake for now even though the eddy is sweet. Still need to grab the LT's, need to decide on which ones either BBK or Mac leaning towards BBK and a few other random things, nothing that can't be here in a week. Thinking about getting on the fuel pump issue though since I can get it installed now and it will be ready to go. Not sure yet if I should go with SVT focus, Aviator, or what. Whatever's the eaisest install

Interesting... I assume because of the "extra hump" on the side. I had asked Nick at one point and he suggested I use the Mark pan over my 98GT pan due to the extra baffeling so I figured he must've used one before. Things like this are exactly the reason i'm doing this thread to limit the unexpected issues when it's time to drop it in.

The car is nothing "special", black 98GT all stock with an engine thats gettin tired 125k. A few months ago the oil cooler gasket failed and completely trashed the cooling system with an oilly layer of sludge. It made no sence for me to put a new radiator,hoses ect in with the block ect. contaminated, especially since i'm about to put an engine in.I had a radiator shop try to clean it but you'd be suprised how hard that s**t is to get out, so for now i'm just trying to hold off till this is ready. I just rebuilt the rear diff (bearings ect) and put in 4:10's but thats about it. This is a summer project, but also my DD so i'm leaving it together running as long as possible and then, wham bam i'll do it all at once hopefully with as little down time as possible. I start school again the day after labor day so I have to have it going by then. I'm in an auto program at my local comm. college.